Don’t explain. Your friends do not need, and your enemies will not believe you. –Paulo Coelho

“Léo Apotheker is history. Why look back?”
You are trying to understand.
Why this project? Who am I, really?

The answers to those questions would require a whole other book; one on my own life.
Here, I will simply try to be as clear and concise as possible.

Being a woman is not working out in my favor in this project.
On the front door is written: Just… Biographer
If you have any doubts about this, don’t waste your time. Stop right there. 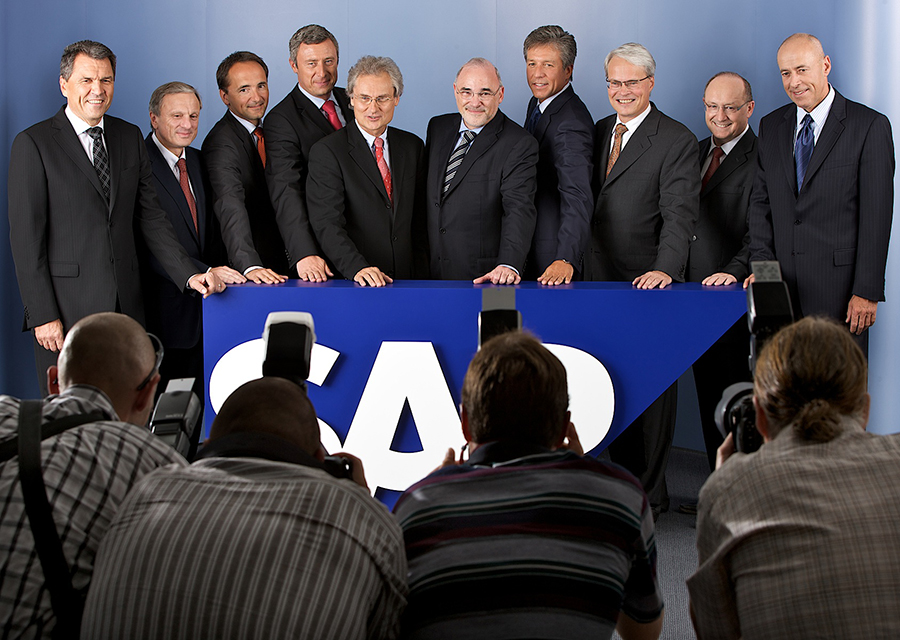 “Léo is history”?
For whom?

My daughter wrote in her A word from Cléa to Léo Apotheker, which inaugurated the project in May 2011:
“Whether it was your intention or not, you have become part of my life, forever.”

Forever.
To her, Léo Apotheker will never be “history”.
And it is to her that I dedicate this book, Léo Apotheker’s life story, on which I am working, with the intention of giving the result of this human and literary adventure to those who are fighting to make our current world a better one.

I dedicated over 15 years of my life to the SAP cause. Without counting.
Last February, in Paris, one of my encounters asked me the question, “What were you doing before SAP?”

Well, I spent several years in hospital hallways, fighting for my daughter’s life…

What was it then that made me decide to share the life of a mother and that of a businesswoman?
I will not answer that question – not now.

What I did not know at the time, was that my health, too, was hanging by a string.
Since birth. Discovered too late. The consequences? Too much damage.
In the spring of 2005, I had only hours to live. I will never forget that day.
My daughter was crying at my bedside. I was not ready to let go; she was too young and still needed her mother.
I hung on tight to my life, for her, and fate eventually gave me a second chance; in exchange for countless daily efforts since then.

Mother, sick and still a businesswoman…?
“They did not know it was impossible, so they did it.” – Mark Twain
So did I. Despite how difficult it was, perhaps I needed this escape, these other challenges…

And Léo Apotheker in all this? Here, we step into my professional life.

I remember a conversation I had in Geneva with someone who, one week after making my acquaintance, said to me, “Caroline, you are an amazing person. People must love working with you.”
Those who know me well, yes.
Not those who despise me, apparently.

I have spent my whole life giving.
Instead of making money, I was making a difference. For the better.

Léo Apotheker, too, was making a difference during his 20 years dedicated to the creation of the SAP Empire. Except that he had to generate profit as well. Money quickly became more important than the difference. And clients paid the price.
I tried to reason him. To avoid what happened on February 7, 2010.
I failed. SAP’s black sheep were no help.

“The obscure nature of your departure from SAP…”? (from Diana’s message to me)
It is in no way obscure. It is just… in French. As all my dialogues with Léo have been, all this time.

As summarized by Cléa in A word from Cléa to Léo Apotheker:
“My mother, who believed in you, tried to bring you closer to your clients and to reason you out of your blind race towards profit during your last years at SAP.
She tried to do something good, to help you, and I suffered the consequences of your pride.”

The consequences of Léo’s pride?

2007… 2008… 2009… 2010…
I did not see it coming.
With the help of his herd of black sheep at SAP (and its Partners, in fact), Léo simply blocked all the paths I could take; ruining my professional life. That is his way of destroying people.
What he did not know was that I needed the businesswoman side of my life to finance my efforts of staying alive. And to keep hoping.
In other words, he sent me to my grave.
Léo’s “accomplices” ended up turning against him in 2010, but they kept their backs turned to me nonetheless…

Looking at Tom’s message again, “I have seen people be humiliated by Apotheker and never recover…”
I believe that dying classifies as… not recovering.
I would like this book to stay when I am no longer here.

How can one forgive in such a case?
Cléa will speak for herself…
I have forgiven. Léo, not the others.
It took me some time but I finally understood why Léo is how he is. He has an excuse. Others, however, do not.
Bob Courteau, Darren Saumur, Barry Fisher, Mark Aboud, Bill McDermott, Robert Enslin, André Katz, Jim and even… Hasso.

The Black List is very extensive.
What has been done is severe, but what has not been done since is even worse.

As I have already stated, I do not feel resentful towards Leo. I do, however, deeply resent those who are and have been accomplices in this endeavor.
One man cannot destroy lives, nor humanity, nor the world, on his own.

So… Stop Blaming Léo!
And take a look at yourself in the mirror.

In a mirror you see yourself, not the state of the mirror. You also see yourself when you look around. -Paulo Coelho

Where does Léo stand in this?
I will get back to you on that.